Today was another bad fatigue day, so I ended up cancelling my meetings and sleeping instead. In the afternoon I caught an Uber to Central Park and spent a couple of hours there wandering around.

It was nice to be surrounded by nature, though even there the sounds of the city permeate.

I found a bench inscribed: “Shay’s bench—she taught us a masterclass in how to lead a life” and sat on it for a while. From there I could see people rowing on the lake, and hear their laughter through the trees.

My favourite part of the day was walking through the Ramble, probably the most natural-feeling area of the park (even though the trees are fenced off and the paths are all bitumen). According to the signage at the entrance it’s one of the best places for bird-watching in the United States. I saw a cardinal finch and got very excited! And promptly forgot to take a picture of it.

After resting on Shay’s Bench I went in search of Bethesda Fountain. I did find it, but from the other side of the lake. One of the other Scholars and I stood on opposite shores and waved.

Then it was back in an Uber and to the accommodation to rest. Later, one of the other Scholars shaved my undercut for me (it was getting long and looking a bit weird). The evening has been slow and lazy. I have binged a lot of the Chilling Adventures of Sabrina on Netflix. 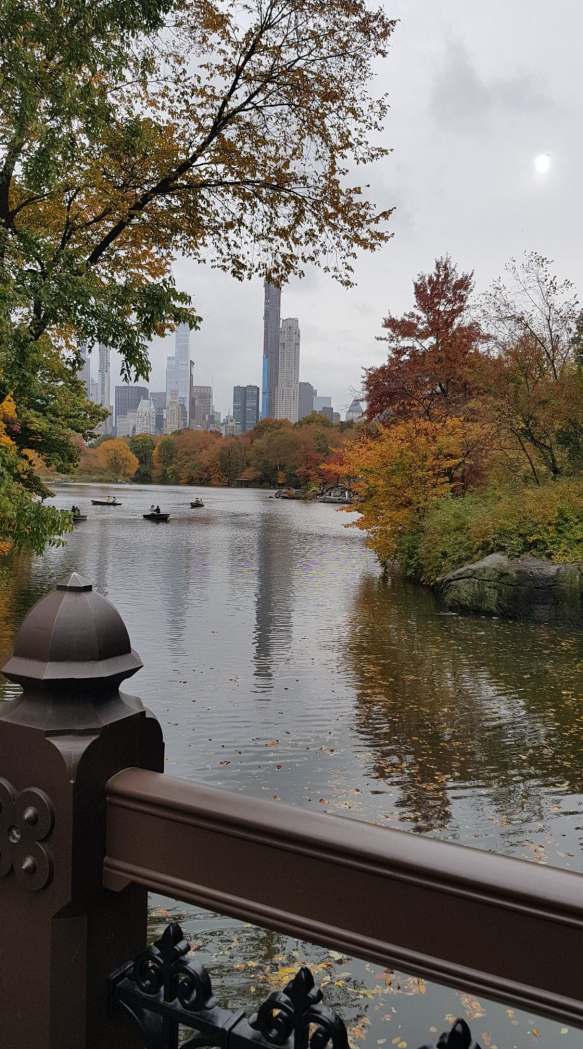 View of the city skyline from a bridge in Central Park

2 thoughts on “I made it to Central Park!”